Welcome To Our Pharmacy 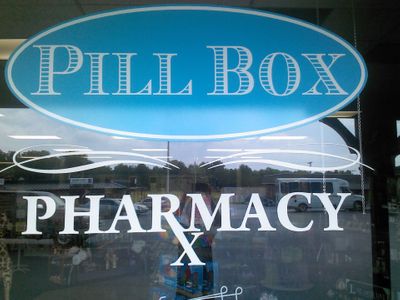 The Pill Box Pharmacy was established in 1972 within the city limits of Willard, MO. Lee and Vivian Bruner were the original founders of the drug store and gift shop that so many have grown to love. Lee remembers the days before establishing the pharmacy. He went door to door asking the opinions of the Willard citizens if they wanted a local pharmacy. The rest is history!

The people of Willard and the surrounding areas have allowed the pharmacy to stay in business for all these years due to their continued patronage. On January 1, 2005 Lee semi-retired and sold out to his nephew John Burner and Andrew Bahl. In 2008 Jennifer Lankford became the full-time pharmacist and now is part owner of the pharmacy along with her husband Brent Lankford. Jennifer and Brent have grown to love and be a part of the Willard community and want everyone to know that we will always be there for your healthcare needs. The lowest drug prices and best service is always guaranteed. With your continued patronage you will always have your local pharmacy because it is after all “Willard’s Pill Box Pharmacy”.